How did you start running? 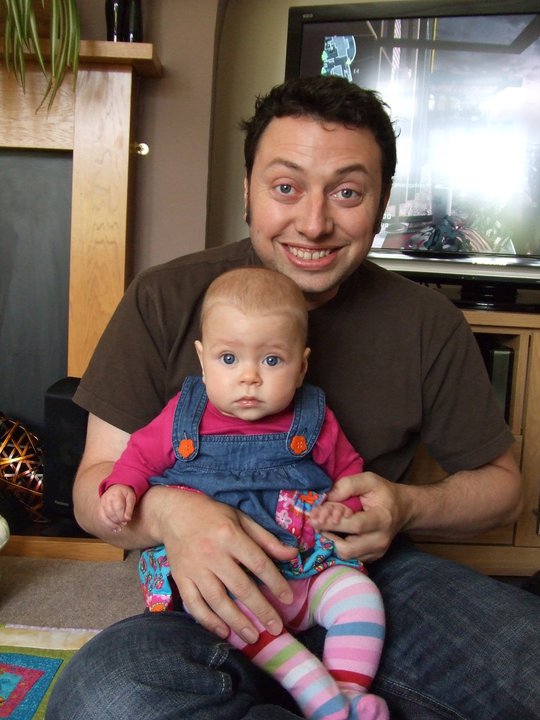 I have been running for just over two years.

This is what I tell people when they ask.

On the 5th June 2015, I put on some running shoes and gym gear and went out for a run. I ran for about 3kms and then had a lie down on the bank of a busy road in Maidstone (we were staying at the out-laws house as ours was being renovated). I was out of breath, knackered and didn’t know why! I had been going to the gym for about 9 months, was this what running was going to be like?  After this failure I spoke to friends who I knew ran for help via social media. Everyone told me to slow down, take it easy and learn to run to my ability and take baby steps if you like. This was my 1st run…

…well actually this was a lie because I think I have always been a runner.

My earliest memories of running are as a child in some kind of village fun run, not quite sure where or when but I remember enjoying it. The elation of being cheered on and the achievement of running the distance and of course getting a medal!

Then there was secondary school. We had a large playing field and in winter it made for a good “cross country” course as it had some elevation and would get quite muddy at points. We would run round this field twice every couple of weeks, which was great fun, especially for me as I was rubbish at football, too small for rugby and boys were not allowed to play hockey (that’s another story). In the summer we did track and field, I was too slow for sprinting/long jump, too short for high jump and kind of scared of the javelin/discus. So I tried out distance running and at my school we had the 3000 and 1500. These type of races seemed a natural fit for me and I enjoyed every moment, although I never won a race I usually came 2nd or 3rd in the 3K. There was something nice about just running round and round a track thinking about all kinds of rubbish, trying to block out the crapness of school. Then suddenly the bell would ring, knocking me out of my malaise. Startled I would think “OH CRAP” and leg it round the last lap for that glorious sprint finish. It was awesome!

After I finished school running and any kind of fitness activity pretty much vanished from my life.

In 2003 Gillian and I joined a gym in Tufnell Park, I went like twice and paid for 6 months membership, definitely money well spent! A few years later we decided to make the move out of central London, to start a family as we couldn’t afford a house with a garden even in 2006 let alone now. After the birth of our daughter in 2010 I decided I wanted to get fit. I thought that if I could have just a tenth of the energy of a child then I would be heading in the right direction. I also didn’t want to be “that dad” who couldn’t keep up with their child.

So I bought some running shoes, some shorts and a couple of T-shirts. I downloaded the Nike running app and I went for my first run since I was at school. I can’t remember much about my runs during this period. I know I got up to about 6 or 7km, I know that I enjoyed the motivational messages from famous athletes when I finished a run. So I signed up for a 10K as I wanted to raise some money for charity and this distance seemed achievable. I also remember Gillian being bemused at me because it just seemed so easy for me to go running and I was full of confidence. Then disaster struck one morning, my right knee collapsed on me and it hurt like hell. I didn’t really know what to do; I didn’t know anything technical about running or injuries. I didn’t have anyone to talk to so I just did the typical bloke thing and ignored it and just hobbled into work for a few weeks until the pain resided. I apologised to the lovely people who had sponsored me, as I felt really bad about letting them down. I didn’t lace up again, in fact I just kind of forgot about it. In hindsight, I was scared. Scared of injury, scared of failure.

Now I am lucky to work at a company that offers private medical insurance. I am not dissing the NHS, in fact I love the NHS it has fixed my many broken bones, helped me deliver our daughter (that’s another story), fixed her broken bones too and much, much more. The NHS is awesome but so underfunded (as we all know) that it can’t offer a full medical every two years, or even every 3 or 4! I think this would solve many problems and money by finding potential issued before it’s too late! I digress.

Then as we entered the summer of 2014 I was approaching the big “FOUR O” and not feeling great about it to be honest. It was at this point that I went for my first ever medical at a BUPA hospital. It was amazing but also one of the biggest wake up calls of my life. They did all manner of tests and gave me the results there and then, which is just so impressive; I guess that’s what money buys you! The whole appointment took about 2 hours. So when the results came in, it wasn’t good. I was over weight by 2 stone, had bad cholesterol levels, my blood pressure was heading towards the dangerous and I was totally out of shape. Of course I knew all of this deep down but I guess I needed a professional to tell it to me straight, give me that look like “son you need to sort your shit out”. The doctor was super supportive though, we discussed various ways on which I could make changes to my life style and diet etc but then he asked what I really wanted to do, what would be my end game. So I said to him:

“I want to run again”

One thought on “How did you start running?”

What I think about, when I’m running intervals…
Wet and wild on the Kent Downs with @maverickrunproject . Soo much fun.
How not to do your Parkrun time trial!!
Have you thought about having a running coach but we’re afraid to ask? Maybe now is the time🤷🏻‍♂️.
It all starts here.
This is me, saying goodbye to 2022 with some thoughts on some of the things that happened in the last 12 months. Link to blog in bio people and it’s not too long, I promise 💕. As always, thankful for those that read and show interest my adventures in running.
Holiday running. A slow, slippy and sloppy enforced afternoon adventure, due to late starting trains meant for a little Headtorch fun with @newfoundrunna and @yvette_casallas on the North Downs. Legs felt ok, body a little sluggish but that’s ok. This is the end of down time before 2023 training starts and new goals become focussed on. I love this off piste time, reflection, celebration and relaxation. Our bodies and minds need this 💕
It’s not all about races!
2022 you have been a blast with big races!